The BBC lists 'Employable Me' as "Britain's most extraordinary job seekers aiming to prove that having a neurological condition, such as Tourette's or autism, shouldn't make them unemployable".

I must admit, the attached article really struck a cord with me. Having worked in recruitment for many years, common themes appear in hiring manager's language including buzz-words and phrases describing their 'dream candidate' such as:

None of the above are particularly conducive to ascertaining how capable a person is to perform their role.  90% of the time, it just means you are more likely to speak with them outside of  work - may catch an invite to their summer BBQ, for example.

Often these terms don't mean the same to everybody (what I find to be a great sense humour may grate on others). Equally, these characteristics aren't always needed to get the job in question done - especially in a non leadership, purely technical role.

It was fantastic to read that Brett, who is on the autism spectrum, secured a job at a medical equipment company (Whoo! Go Brett!). Sam Wollaston comments that the interview "doesn't go that brilliantly; and he might not be life and soul of the canteen at lunch time; but he fixes a software glitch that no one else gets close to. When he gets his position and makes a little thank-you speech to the assembled staff, there’s barely a dry eye in the house."

When presented with a physical opportunity to show what he could do, Brett smashed the interview, finding a solution that no one else could - brilliant!

Should Brett have been denied the opportunity to show his technical ability and potentially just offered a phone interview? I wonder if he would have still secured the position?

As a nation, have we become too fixated on the soft skills and now aren't paying enough attention to the technical skills?

Regardless, I agree with Sam when he says  "highlight, and de-stigmatise, and encourage a wiser, more enlightened approach to recruitment."

Interesting to know how many of you would have had a position for either Paul or Brett?

Paul, who’s 52 and unemployed, is looking at job adverts in the paper with his wife, Carol. “Yeah, looks good,” he says about one position, but then immediately shouts: “LOOKS BORING.” What about this one, for a library assistant? “SILENCE!” Trainee funeral director? “SHAGGING THE DEAD.” “The thing is, I don’t feel capable, and when you’ve not got that confidence, you put yourself at the back of the queue …” he starts explaining, but then interrupts himself: “I MURDER CATS AND KITTENS.” Paul, one of two people featured in this first episode of Employable Me (BBC2) has Tourette’s. The sort of severe Tourette’s you see on – and which makes good – television, with extreme tics and inappropriate verbal outbursts. “ALLAHU AKBAR,” he shouts, boarding the Virgin train to London. “YOU’RE ALL GOING TO DIE!” 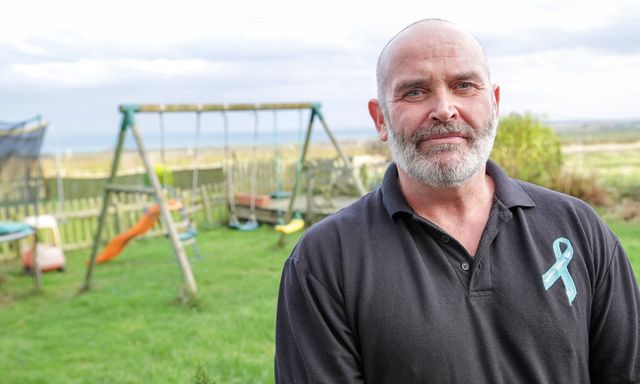 TV documentary looks at challenges faced by disabled people in their search for work https://t.co/31yXmYcJYO

Great review of a fab series celebrating benefits of diversity to employers - well worth a watch #hiddenskills https://t.co/w1kQXDRP3v

Employable Me review: moving telly that destigmatises #disability – and made me laugh https://t.co/4t3knJT5Re #Autism #Tourettes #Autistic

You're for sale and you probably don't even realise
SciPro

When the diets don't work anymore. Is bariatric surgery the answer?
SciPro